The results indicate that physical therapy might be indicated as a 1st-line treatment for Lumbar Spinal Stenosis (LSS), Dr. Jeffrey Katz of Boston's Brigham & Women's Hospital wrote in an editorial accompanying the research.Patients with lumbar spinal stenosis who followed a specified course of physical therapy fared just as well as patients treated with surgery, according to a study published in the Annals of Internal Medicine 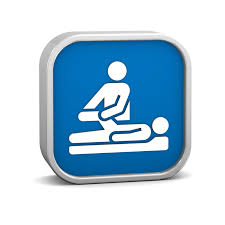 A study comparing physical therapy and surgery in treating lumbar spinal stenosis finds that Physical Therapy (PT) is as effective as surgical decompression.
The 169-patient study, conducted from 2000 to 2007, randomly assigned patients who signed a surgical release to either the PT cohort or the surgery group. The PT regimen consisted of twice-weekly, standardized visits for 6 weeks; the surgical-arm patients underwent standard posterior decompressive laminectomy.
There were no differences after treatment between the 2 groups, according to the study, with both showing improvement beginning at 10 weeks and continuing through 26 weeks. The improvements were maintained for both groups through the 2-year follow up, according to the study, which was led by Anthony Delitto of the University of Pittsburgh.
In his accompanying editorial, Katz said other studies show that the benefits of surgery decline over time, suggesting that PT might be the best option for initial treatment.
"From a clinical standpoint, Delitto and colleagues' trial suggests that a strategy of starting with an active, standardized PT regimen results in similar outcomes to immediate decompressive surgery over the first several years," he wrote. "Taken together, these data suggest that patients with LSS should be offered a rigorous, standardized PT regimen. Those who do not improve and ultimately consider surgery should be informed that the benefits are likely to diminish over time. Finally, because long-term outcomes are similar for both treatments yet short-term risks differ, patient preferences should weigh heavily in the decision of whether to have surgery for LSS."
Published at - +MASS DEVICE
Posted by DEEPAK PANDEY at 10:34 AM