ZIMMWER PERSONA KNEE IS THE DRIVER FOR ZIMMER’S Q4, 2013 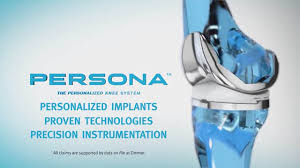 Zimmer Holdings, Inc.’s 2013 fourth quarter sales of $1.24 billion were up 6.6%, excluding currency.
David Dvorak, Zimmer’s president and CEO, said the strong results were led by the successful commercialization of the Persona Personalized Knee System and its accompanying suite of next-generation instruments. Indeed, excluding a 2% currency hit, knees were up a whoppin’ 10%. On a reported basis, reconstructive sales were up 6% but hips were up only 1%. Trauma sales declined 4%, while spine dropped 2%. Extremities climbed 11%.


Dvorak said the “resoundingly positive clinical feedback” from Persona customers continues to “validate our bullish position for this truly differentiated knee replacement system. As in previous quarters, the accelerated growth of our knee business was further strengthened by our expanding portfolio of early intervention and joint preservation treatments, including Subchondroplasty and Gel-One.”
Spine and Trauma Lag
Trauma and spine sales were disappointing.
Acknowledging that their trauma business faced challenges, Dvorak pointed to a promising 15.2% trauma sales increase in Asia Pacific. He said he was also encouraged by sales for the Natural Nail family and the NCB Periprosthetic Plating System. “We’ll continue to focus our execution and expand our presence in key U.S. markets, as well as in level 1 and 2 trauma centers. Looking forward, our comprehensive trauma portfolio continues to expand with new introductions for the hand and wrist market to increase our global competitiveness.”
The company, said Dvorak, is preparing to recapture growth opportunities in spine in 2014. He said a “reinvigorated focus on our core fusion portfolio” continues to garner positive traction, with offerings such as the TM Ardis and TM-S Interbody Fusion devices. “In addition to the ongoing release of the APEX Spine System, which strengthens our ability to address degenerative deformity and complex spinal conditions, we also expect our introduction of the lateral interbody system to contribute a growing share of revenues in 2014. This differentiated offering delivers a unique support mechanism above and below the spinal interbody and marks our entry into one of the fastest-growing subsegments of the spinal market.”
Dvorak on Ortho Markets and Healthcare Reform
During a conference call with Wall Street analysts on January 30, 2014, Dvorak addressed global market conditions. “In the fourth quarter, musculoskeletal markets were healthy in the Americas and Asia Pacific, while stabilizing in Europe, Middle East and Africa. Increased procedural demand, particularly in the U.S., contributed to a strong performance in the quarter.”
Dvorak said some of the procedural uptick during the quarter was driven by the implementation of healthcare reform and some of the perceived potential disruption to plans or access to particular surgeons.
He believes that, after the fundamental demographic drivers, there is an aging population out there. “These are procedures that have terrific clinical results. And relative to the knee, for joint replacement, the procedure is still underutilized and economically very beneficial to society.” He cited a publication in the August Journal of Bone and Joint Surgery regarding financial results and economic benefits to society of the 600,000-plus knee replacements that were done in the U.S. in 2009. “So that underlying demand is real. And with a little bit of an adjustment to the environment in which people are making those decisions, you can see how the procedural demand can increase in a short period of time. So I think it’s just more indicative, both from a long-term perspective, this is going to be a very healthy market and a consistently performing market.”
2014 Guidance
Full-year revenues for 2014 are expected to increase between 3.0% and 5.0% on a constant currency basis. Company officials believe that full year knee and hip markets will grow in the low- to mid-single-digits and expect global market conditions to remain relatively stable in 2014 when compared to the full year 2013.


BMO Capital Markets analyst Joanne Wuensch said that with most of the ortho companies having reported for the quarter, she estimates that on a constant currency basis, the hip market increased 4% and the knee market was up 7%. “What is at question is how much of the strength is associated with pent-up demand; improving economics; and dislocation associated the implementation of Obamacare,” added Wuensch.
Posted by DEEPAK PANDEY at 9:49 AM