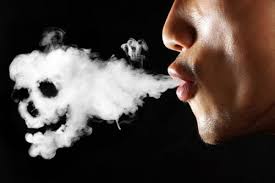 Most smokers know that the habit is bad for their hearts and lungs, but bones? Jeffrey Johnson, M.D., chief of the foot and ankle service for Washington University Orthopedics, said, “If you’re a smoker and have a fracture, that break does not heal as fast and sometimes does not heal at all. Smoking increases infection rates, makes problems with wound healing more likely and also interferes with bone healing.”

Johnson is one of several orthopedic surgeons at the School of Medicine and Barnes-Jewish Hospital in St. Louis who go so far as to advise patients that if they can’t stop smoking, it might be too risky to operate on them.
The Washington University report stated that tobacco plays a role in one of every five deaths in the United States, and in every year from 2000 to 2004, smoking was responsible for more than $193 billion in health-related costs in the country. Most smokers are aware that tobacco is unhealthy, but many are surprised to learn it can interfere with bone health.
“Patients aren’t surprised that a medical doctor has identified smoking as a health issue,” Johnson said. “What surprises them is that there’s a relationship between smoking and the particular orthopedic problem they’re having. They understand that cigarettes aren’t good for the heart and lungs, but we explain how taking a puff on a cigarette is going to have a negative impact on what’s happening with their feet or ankles.”
Johnson explained that research shows that the benefits of quitting smoking accumulate quickly. “If you stop smoking, your surgery—from the perspective of bone healing, tissue healing and infection risk reduction—improves,” he said. “Our message to patients is, ‘Yes, smoking increases your risks, but you also can reduce those risks significantly if you stop.’”