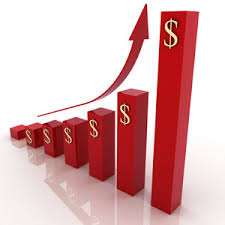 2014 is not looking like a banner year for the medical device market – but it won’t be a loser, either.
“We believe the outlook for 2014 is not much improved over 2013 – we expect low, single-digit growth overall,” said Cheryl Richer, director, corporate healthcare for Standard & Poor’s. “However, market performance will vary across product segments.”
For example, Richer said certain segments such as spine or drug eluting stents remain weak while segments such as endovascular, atrial fibrillation and neuromodulation are exhibiting stronger growth.
While demand is down in the U.S. and in Europe, said Randy Vogenberg, PhD, principal of the Institute for Integrated Health Care, it’s stronger in Asia.
According to RnR Market Research, China’s medical device market was valued at $20 billion in 2012 and will grow to $53.5 billion by 2020.
“Global companies have balanced out weak demand in developed markets for mature products with double-digit growth in emerging markets, and new product introductions that address new patient populations,” said Richer.
Pricing will continue to be under pressure in 2014, said Richer, partly due to continued global economic weakness and low employment in the U.S. slowing down demand. The start of greater access to health insurance through the Affordable Care Act may alleviate some of these effects, he said.
Vogenberg also expects 2014 will be an active year for mergers and acquisitions.
“Big device companies in the U.S. are finding opportunities for partnerships with startups and established players both in the U.S. and worldwide,” said Vogenberg.
The global market is showing promise in particular. For example, in October, Minneapolis-based Medtronic, the world’s largest maker of heart rhythm devices, announced a collaboration with India’s Apollo Hospitals. They will collaborate on products to treat kidney damage, with Medtronic investing 1.5 billion rupees ($24 million) in research, development and manufacturing in India.
By - Rodney J. Moore, freelance journalist and author
Posted by DEEPAK PANDEY at 7:14 PM