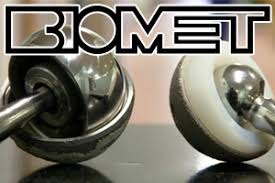 A federal judge approved settlement of Biomet, Inc.’s metal-on-metal hip lawsuits on February 3, 2014. The company now joins Johnson & Johnson’s (J&J) DePuy Synthes Companies and Stryker Corporation in announcing some settlements of consolidated lawsuits.
M2a Magnum System
The cases in Biomet’s litigation primarily involved alleged defects in Biomet’s M2a Magnum system of hip implant products. Plaintiffs’ claims focused upon the metal-on-metal design of the system and the alleged propensity of the devices to generate high levels of metal ions, causing metallosis in the surrounding tissue, and/or early failure.
Almost 900 cases had been filed in Indiana federal court against Biomet. According to a Scheduling Order issued on December 10, 2013, U.S. District Judge Robert Miller had directed parties to choose three cases as trial candidates by February 7, 2014.
$56 Million for Patients and Lawyers
Reuters reported that the company will pay at least $56 million in the settlement. That’s far less than the $2.5 billion-plus settlement agreed to by J&J or the limited settlement of four Stryker cases in New Jersey at the beginning of December.
As part of the settlement, Reuters reports that Biomet will deposit $50 million into an escrow account and another $6 million into an attorney fee fund. The agreement extends to all pending cases, and any future lawsuit filed in a federal court on or before April 15, 2014.
Plaintiffs who have received a Biomet M2a 38 or M2a Magnum hip replacement system as part of an initial hip replacement that was rectified more than 180 days after it was implanted shall, reportedly, receive a base award of $200,000.
According to Reuters, Biomet maintains that the injuries, losses and damages were not due to its hip implants. The company issued a press release saying it is pleased to have reached this settlement: “Biomet appreciates the guidance provided by Judge Miller to bring this litigation to an expeditious and efficient resolution.”
Published at - RRY Publications
Posted by DEEPAK PANDEY at 8:28 AM