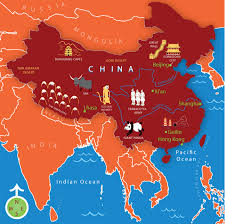 On December 17, 2013, the China Food and Drug Administration (CFDA) announced a streamlined device registration renewal process that took effect on January 1.
The updated process will reduce the burden of paperwork on manufacturers, result in faster renewal certification approvals and allow approval authorities to concentrate more on post-market surveillance and new product approvals.  This move is the latest in a series of steps taken by the CFDA to strengthen and simplify device regulations.
For renewal applications in which no changes have been made to a product’s manuals or basic standards, a manufacturer only needs to submit a declaration that the product has not changed and continues to conform to the relevant standards.
Similarly, for products with a change of manufacturing location, manufacturers must only submit a declaration informing the CFDA of the change as well as new inspection and self-test reports.  In both cases, other reports, user manuals, and product standards do not need to be re-submitted.
Finally, if no changes have been made to a product’s components, standard, use, structure or model, the manufacturer can submit a declaration of the change along with the relevant technical information, instead of filing a new application.  However, this updated renewal process does not apply to in-vitro diagnostic reagents.
The CFDA announced in December 2013 that a new Regulation on Medical Device Supervision and Administration would soon be released, with many rules changed since the last version was introduced in 2002.  Also in late December 2013, the CFDA released a draft Good Supply Practice for medical devices and a draft amendment of the Classification Rules of Medical Devices, seeking local government and public opinions on both.  The latter would separate IVD regulation from other passive and active medical devices.

Published by - Ames Gross is president and founder of Pacific Bridge Medical at Mass Medical
Posted by DEEPAK PANDEY at 7:38 AM